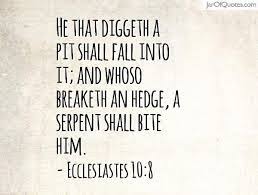 In the spirit realm, how does the protected and unprotected Christians look like? What blows off their cover? Read Emmanuel’s story part 4 of 9

Discipleship 101 in the marketplace 4878 of 7000 – The obedient disciples of
Christ stays in the protective hedge and does every thing to avoid breaking the invisible hedge.

Job 1:9-11
9 So Satan answered the LORD and said, “Does Job fear God for nothing?
10 Have You not made a hedge around him, around his household, and around all that he has on every side? You have blessed the work of his hands, and his possessions have increased in the land.11 But now, stretch out Your hand and touch all that he has, and he will surely curse You to Your face!”

Ecclesiastes 10:8
8 He who digs a pit will fall into it, And whoever breaks through a wall will be bitten by a serpent.

«For we wrestle not against flesh and blood, but against principalities,
against powers, against spiritual wickedness in high places.»
Ephesians 6: 10-12
Fighting Christians

After the command by Lucifer to fight the Christians, we then sat and mapped out ways of fighting them as follows:

1. Causing sicknesses.
2. Causing barrenness.
3. Causing slumber in the church.
4. Causing confusion in the church.
5. Causing lukewarmness in the church.
6. Making them ignorant of the Word of God.
7. By fashion and emulation.
8. Fighting them physically.
Amongst the above I would like to explain two:

1. Fighting physically:
With the T.V. given to me, I would see the born again Christians. We do not fight hypocrites because they belong to us already. We would then send our girls first to the big churches. Inside the church they would be chewing gum or make a child cry or do anything that would distract the people from hearing the word of God. They may decide to come spiritually and cause the people to sleep while the preaching is going on. The moment they see you have a sober reflection because of the preaching, they would wait on you outside the church and as soon as you come out, one of them would greet you and even present you a gift (and it’s always what you love) and would appear very friendly. She would do everything and before you knew what was happening you had forgotten all you learned in the church. But for a real Christian, one of these girls, after the service, would jump out to greet you and would desire to know your house with the pretext that she was new in town and did not know many Christians around. On taking her home, she would quickly buy bananas and the Christian would take this as a gesture of love. She would continue her visits until she finally puts off the light of Christ in you and then stops coming. Major operations in the living churches and fellowships are: discouraging the Christians from reading and studying the Word of God, and thereby making them ignorant of their authority and of the promises of God. In crusade grounds these girls would be sent to cause disagreements and quarrels.
How Christians are Known?
The born again Christians are not known by the Bible they carry always or the many fellowships they attend. They are known in the spirit world by the light that shines continuously like a very bright candle in the heart or a circle of light around the head or a wall of fire around them. When a Christian is walking along, we see angels walking along with him/her, one by the right, one by the left, and one behind. This makes it impossible for us to come near him/her.
The only way we succeed is by making the Christian sin, thereby giving us a loophole to come in. When a Christian is driving a car and we want to harm him/her, we find that he/she is never alone in the car. There is always an Angel by him/her. Oh if the Christian only knows all that God has for him, he will not meddle with sin or live carelessly!

2. The Making of Backslidden Christians
As a chairman appointed by Lucifer, I would send these girls to living churches and fellowships. These girls would be well dressed and after the preaching would come out for the altar call, pretend to have received Christ and would be prayed for. At the end of the fellowship or service they would hang around waiting for the preacher who naturally would be very happy for these new converts.
The converts may even follow the preacher to his house. If the preacher does not have the spirit of discernment she would lure him into the sin of fornication or adultery. This takes place the moment he admires her lustfully. She would make sure he continued in this sin until she finally quenches the Spirit of God in him and then leave him, mission accomplished.

At this juncture, I would like to give a testimony of a Minister. In the evil spirit world he is known as a man of God. When he went on his knees there would be confusion among us. We therefore sent these girls to him. This man would even feed them but would refuse to be enticed. They did all they could but never succeeded. As a result, these girls were killed for their failure.

I then changed to a woman and went to him, and by words an actions tried to entice him, but he was adamant. This was too much for me, so I decided to kill him physically. One day, this Minister went to Oduekpe Road market town. I watched him and as he bent down to price some commodities I wheeled an oncoming trailer loaded with drums of oil into the market where he was. The trailer struck the NEPA high tension pole and fell right into the market, leaving many people dead, but this Minister escaped. How he escaped was a miracle. Another day, I saw him traveling to Nkpor town on foot. I again wheeled an oncoming army lorry loaded with yams to kill him. The lorry went straight into the new cemetery road, killed many people, but this Minister again escaped. After this second attempt we gave up. He is still alive!

Because of a single Christian, the devil may decide to destroy many souls, thinking he could kill him, but he always fails. These incidents had happened to many Christians unknown to them, but their God always delivered them. The trouble is, the devil does not give up. His thoughts are always: “I may succeed.” But he never does. As long as the Christian walks with God’s Love and remains in Him and does not get entangled with the affairs of this life, the devil can never succeed, no matter how hard he tries.Only the unbeliever is at his disposal.

The Oppression of the Christian
This mostly happens in dreams. A Christian may see in his/her dreams the following:
1. A dead relation visiting him/her.
2. Masquerades pursuing him/her.
3. Mates swimming in the river.
4. Mates bringing food and asking him/her to eat.
5. A single female having sexual intercourse or even a married one having sex with a man. This, if not dealt with, sometimes leads to barrenness.
Or a pregnant woman sees herself having sexual intercourse with a man. This, if not immediately dealt with, could lead to a miscarriage.
If a Christian experiences the above in his/ her dreams, he/she should not put it aside by the wave of the hand, but on getting out of sleep he/she should examine himself/herself and confess any known sin unto God, bind all those demons and ask God to restore whatever had been tampered with. This is very important. The person should also seek the help and counsel of a mature Spirit-filled Christian, older in the faith.

The Devil’s Soul Winning
When Jesus Christ was leaving this earth; He gave His disciples a command: “Go ye into all world and make disciples of all nations.” While some Christians are still waiting for a more suitable and convenient time to obey this command, the devil has also given this command to his agents. The difference is, the devil’s agents are more serious in winning souls than the Christians!
One of the areas of the devil’s soul winning is the secondary schools, especially girl’s schools. Some of our girls are sent into the schools as students. We supply them with all the latest and expensive underwear. This is first priority, because in girls’ hostels, they like using underwear only. Our agent would never lack anything, cosmetics, dresses, underwear, books, provisions and money. A particular bathing soap would be given to her to lend to any student who requests for soap from her. A girl desiring to be like her would be attracted and would befriend her. Gradually our agent would introduce us to her. At this point we would visit her physically and would start giving her gifts and meeting her needs. With this, she would join us willingly. She in turn would win another and so on. This is taken as a mission and it is carried out with a determination to succeed.

One thing should be made clear: satan does not force anyone. What he does is to attract and make you come to him willingly. That is why the Bible says: “Resist the devil and he will flee from you” (James 4: 7). Another area of soul winning for the devil is giving lifts. We would send our girls to stand on the road, and usually they are very beautiful and attractively dressed. You will also find them in hotels and through these avenues we get men and women. Many people we see advertised in the papers as missing, got lost through giving lifts to girls they did not know.

You should therefore be careful who you lift in your car.

Goals – Past, Present – Unachieved and Future Goals : Redrafted and Adjusted with Values for a Lifetime – Day 89 of 90 – 1 Day to End!