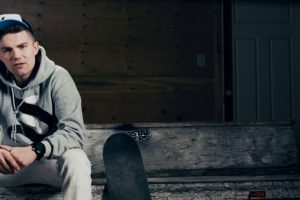 Does the dead disciple testifies to God’s goodness? Dave’s Story

Discipleship 101 in the marketplace 204 of 7000 – The obedient disciples of
Christ knows that night comes when no one can work for the Lord.

Psalms 115:16-18
16 The heaven, even the heavens, are the LORD’s; But the earth He has given to the children of men.17 The dead do not praise the LORD, Nor any who go down into silence.
18 But we will bless the LORD From this time forth and forevermore. Praise the LORD!

I met God When My plane crashed

My name is Dave Jonsson and I survived a plane crash. It was August 18th, 2007. Myself and three friends, we decided to go flying up at Squamish, British Columbia.

And my friend, Gudni, visiting from Iceland, actually had his pilot’s license. As we came around this one bend, Gudni became very shocked because at the end of this valley, there were all these clouds. I just remember Gudni saying, “Man, we got to turn the plane around and break out the map because we need to find a different route to take!” And we saw that beside the valley that we were flying in, there was another valley that took us to the same destination. And as we came around the corner of this valley, it became really apparent that this was not a good valley to be flying in because it was really narrow and at the end of this valley, the mountains escalated really quickly.

I remember looking at Gudni and there was a focus and an intensity because this situation could lead to death. It could lead to us crashing. I remember being scared, feeling thoughts like: “I could die.” As he slowed the plane down, it actually slowed down so much that it stalled.

Before the plane crash, I didn’t really have a direction in my life. I didn’t really know where I was going or what I was doing. I was working a deadbeat job and living paycheck to paycheck, doing drugs, moving from relationship to relationship. I had no real purpose and not real meaning. I was searching.

I don’t know if you’ve ever had a relative on their deathbed, but I remember as an eight-year old boy, seeing an uncle very close to death. And this uncle, he loved his World War 2 stuff, and he had all of these stores, and as much as I loved this uncle, seeing him on his deathbed was weird for me as an eight-year old boy because all of a sudden this uncle was no longer talking about all of his stuff. He was no longer talking about himself. He only wanted to talk to the people who he loved and the friends who he had shared life with. And this uncle who never wanted to talk about God, all of a sudden, in his last moments of life, all he wanted to talk about was God.

Coming back to my story, as the propellers slowed down and I felt my stomach go to my chest, and as I closed my eyes and reached out my legs and started hearing the sound of the wings hitting the trees, and as the plane crashed—to wake up to a second chance at life and to wait for six hours for search and rescue—the memory of my uncle came back to me. And I was kind of in the place of my uncle, where all of a sudden, life’s meaning became abundantly clear.

After the plane crash, my life is far different. My priorities are completely changed. Jesus is truly my treasure, and as I treasure Jesus I just feel like there’s such a comfort in that, in just knowing that you’re loved by God—that God isn’t some scary guy up in the clouds. He is a father, and because of a real relationship with a real God—Jesus—there is this overwhelming sense of contentment. And Jesus loves me. I’m love by God!

So that’s where I found meaning. Where are you finding yours?

How do I know God personally?

How do I prepare my story?

How do I tell it?

Comments. The world knows John 3:16. To them, that is theory. They want to hear how John 3:16 changed your life. Witnessing opens the door to discipleship. We bear fruit by witnessing, not by going to church. Church prepares us to go back out to witness for Christ. What is holding us back? Self, the world, or the devil? Send your story in video, audio and text to info@otakada.org

John 9:4-5 I must work the works of Him who sent Me while it is day; the night is coming when no one can work. As long as I am in the world, I am the light of the world.”

Enough is Enough to Captivity and Welcome to FREEDOM in Christ! – Equipping for Mark 16:15-18 command and prayer time for effectiveness

Enough is Enough Powered by Hunger to RECEIVE from God and Anger with the Devil for ROBBING us blind of our inheritances! – Part 1 #freedom #healing #restoration #deliverance