He was (born in 1932 in Adelaide, Australia) is an Australian life coach, writer, and professional speaker. On January 14 through 16 in 1984 I entered a motel room with one of his first published books, a Gideon Bible and a notebook with one intention – to unveil my destiny. Those three days of prayer and fasting changed my life forever.

So when I had the privilege of hearing Peter speak at a seminar in my hometown this past week, after so many years, I felt compelled to  honor this great and godly man by including his brief biography(that now covers 78 years) here in my Motivational Memo Blog.

Peter Daniels was illiterate and worked as a brick-layer’s assistant. He came from a disadvantaged background and was challenged with illiteracy in his early years. His family was third generation welfare recipients, he has two alcoholic brothers, 4 fathers and 2 mothers. Many of his relatives have been in jail. He failed at every grade in school, became a bricklayer, and at 26 years of age was hopelessly in debt.

All through his school years he was told by his teachers, particularly Miss Phillips, that he was a stupid boy and would never amount to anything. Not knowing anything different, and having to endure undiagnosed dyslexia, Mr Daniels went to a Billy Graham meeting in the late 1950s in Adelaide where his life was forever changed. From that point, Peter Daniels learned how to read and put this new found skill into practice by reading over 6,000 biographies of successful people.

He then learned the secrets of wealth-creation and through many trials (having failed in business 3 times over and each time becoming bankrupt) eventually went on to become a multi-millionaire businessman whose motivational services are to this day in high demand around the world. He successfully managed to build a large real estate business in Australia and South East Asia and serves as a director and chairman on a range of international boards. Soon the leaders of ‘Third-World’ countries were calling on Mr Daniels and his corporation to help turn their nations from bankruptcy and poverty to wellness and prosperity.

Today he is a world recognized authority on leadership, personal development and goal setting. He is personally wealthy, benevolent, and has a ‘no debt’ philosophy. His family owns the only private-owned gold and silver bullion bank in the world.

Peter J. Daniels is one of the world’s most highly paid strategic planners and public speakers. Two companies have paid him a million dollars for advice. The success of his program has been so phenomenal that he exclaims, ‘Every 48 hours, gifts arrive from Christian business people whom I have helped to turn into millionaires.’

The business community has said of him, ‘he could motivate an Egyptian mummy to walk’. He has received many honors from universities, theological colleges, governments, business and humanitarian organizations around the world, and is a genius for creating simple business formulas to solve difficult problems.

Thousands flock to hear him speak. He has lectured to an audience of 31,000 CEO’s of major international organizations, and all who have the opportunity to know him conclude that Peter J. Daniels is ‘a man who loves Jesus and his family’.

Daniels has authored thirteen books (and more coming), including How to Reach Your Life Goals and How to be Happy Though Rich. His books sell at a frantic pace around the world. One tape recording on encouragement has reached over one million copies.

Described by Dr Norman Vincent Peale as the best speaker in the world, Daniels has been speaking on personal development for over 30 years.

Peter J. Daniels has been touching the lives of millions of people, not only in the business community, but people from all walks of life, with life-changing guidance and sound, focused leadership.

Personally, I owe him a great debt, and hold him in high esteem as one of only a few  key influencers and significant mentors in my life. I am proud to be one of his students of success, and look forward to taking part in the fulfillment of his dream to finance kingdom projects, through business endeavors, in the years to come.

In Pursuit Of Destiny is a conference hosted by My Destiny.Inc which is set to change the lives of all who attend …

I want to show you a video about an inspiration of my life – Peter J. Daniels.

In Pursuit Of Destiny is a conference hosted by My Destiny.Inc which is set to change the lives of all who attend …

Learn how do business and be successful!

The Gabriel Call System for Your Ministry & Business – YouTube

I published the first video in this series quite a long time ago, yet never continued on to publish the remainder of …

Destiny of the 3rd Millennium by Peter J. Daniels. 2,2K lượt thích. As a personal tutorial Destiny has no …

If Noah Were Alive Today He’d Have Problems – YouTube

Called to live in hope – (Graham Daniels) … Late Celebration’, exploring 1 Peter and what we have been …

Peter J. Daniels. International Real Estate Guru. As an investor in the international financial markets and in …

You may have missed

INREACH – Engaging The Mysterious Aliens In Our Midst

January 10, 2023 86
9 Prophecies for Year 2023 on Nigerian Election, European War and Other World Affairs for prayers by Daniel

9 Prophecies for Year 2023 on Nigerian Election, European War and Other World Affairs for prayers by Daniel 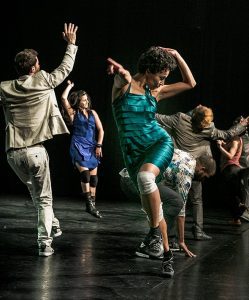 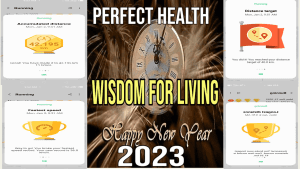 December 25, 2022 23
7 outstanding lessons from the Story of Jesus’s birth for life application this Christmas + Episode 9 – Breaking the Power of Pain – true story of forgiveness to a murderer on death roll by Aba Gayle 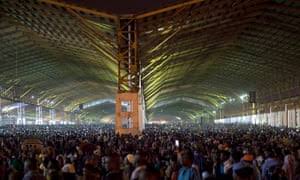 December 21, 2022 36
Episode 8 – True Stories: How to Stop the Pain – Pain is Inevitable, but suffering is optional – What is Judgement? How does the effect of judgement play out in our relationships? – True Stories – The effects of Ms. Busola’s judgment against her father, Mr Johnson, and Samantha against James

Episode 8 – True Stories: How to Stop the Pain – Pain is Inevitable, but suffering is optional – What is Judgement? How does the effect of judgement play out in our relationships? – True Stories – The effects of Ms. Busola’s judgment against her father, Mr Johnson, and Samantha against James

December 16, 2022 54
We use cookies on our website to give you the most relevant experience by remembering your preferences and repeat visits. By clicking “Accept”, you consent to the use of ALL the cookies.
Do not sell my personal information.
Cookie SettingsAccept
Manage consent